It's Friday! And it means I can ask you guys a question!
I didn't know this before last Friday but

hanorganaas made an entry last week (HERE) where she said she saw this FLIST Friday around and I want to try it!

First because you are asking me amazing questions for my October Meme (please don't stop keep asking. I'm loving it!) and I want to repay you, second because it's a nice thing to do weekly!

So the rule is one and it's simple. Each week I'll try to post a question, you can answer in the comments, and we can have a nice chat! How does it sound?

Yesterday Pottermore launched a new feature so that now we can find out about our Patronus!
What's yours Patronus? Are you happy with it? Why?
Mine is a cute Stoat. 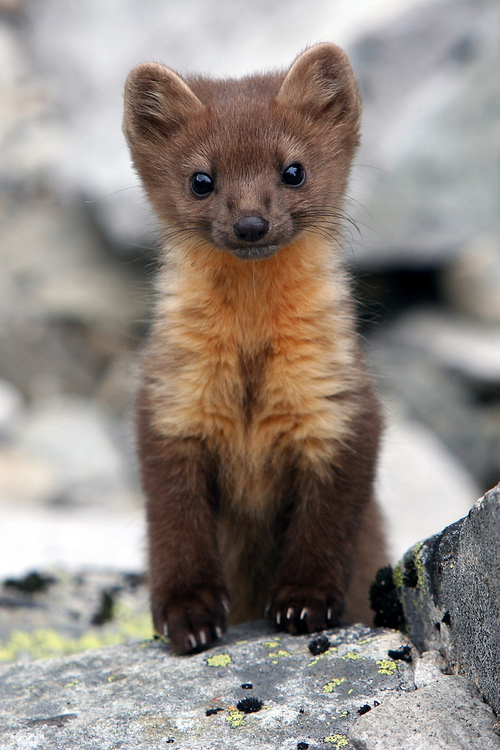 And I'm happy! Because look at her... So mischievous... It's perfect!
Also, Wikipedia Says :
In Irish mythology, stoats were viewed anthropomorphically as animals with families, which held rituals for their dead. They were also viewed as noxious animals prone to thieving, and their saliva was said to be able to poison a grown man. To encounter a stoat when setting out for a journey was considered bad luck, but one could avert this by greeting the stoat as a neighbour. Stoats were also supposed to hold the souls of infants who died before baptism. In the folklore of the Komi people of the Urals, stoats are symbolic of beautiful and coveted young women. In the Zoroastrian religion, the stoat is considered a sacred animal, as its white winter coat represented purity. Similarly, Mary Magdalene was depicted as wearing a white stoat pelt as a sign of her reformed character. One popular European legend had it that a white stoat would die before allowing its pure white coat to be besmirched. When it was being chased by hunters, it would supposedly turn around and give itself up to the hunters rather than risk soiling itself. The former nation (now province) of Brittany in France uses a stylized ermine-fur pattern in forming the Coat of Arms and Flag of Brittany.
Tags: !flist friday, !meme, movie: harry potter
Subscribe